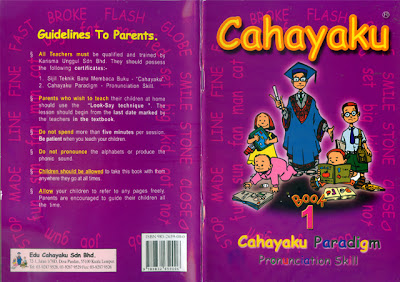 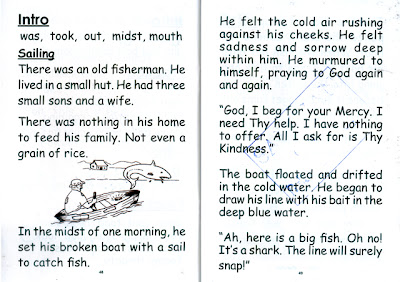 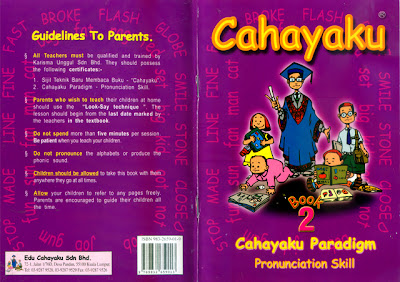 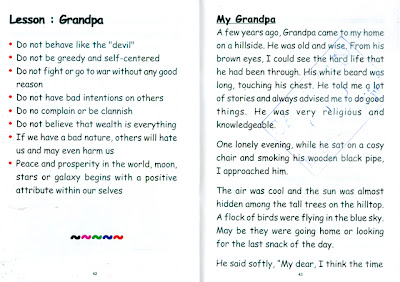 Cahayaku System is a system / concept / technique based on spiritual towards emotional excellence to generate develop as well as intellectual completeness by means of provocations and motivation without the students being aware of them happening.
It is also a system which is based on the ability of the emotional quality to achieve self-excellence during the children's early education, especially in the aspect of reading, writing, spelling and understanding the logical basis while relaxing.
The system also introduces the concepts of mimic, constant training (physical & mental) and "Iqra" (direct pronunciation), which covers provocative word arrangement and constant motivation. This method will encourage the student not only to understand but also to appreciate what he or she is learning.
From the study done, it was found that children who study by using the Cahayaku System can read all sorts of things including TV sub-titles, magazines, newspapers and other reading material.
Cahayaku Paradigm is created to develop Pronunciation skills only. It contains words that are redundant and sentences that are repetitious to foster the old saying of "practice makes perfect".
The book is filled with emotional elements, word arrangement, puzzles, poetry and short stories, which are positive and informative in nature. Furthermore it contains words, single sentences as well as stories which applies "reverse psychology". It also contains fictitious stories to enliven the emotional elements based on propaganda, politics and racism (Nowadays we can't hide the issues from them). But the positive explanation is noted before the beginning of a particular story. As such, teachers and parents have to play their respective roles well to deliver the intended messages.
By cahayaku - May 10, 2011 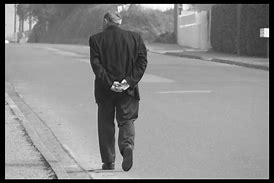 A NEW TECHNIQUE IN READING created by Chahaya Abdul Manan

proto Type 40% from www.maisini.com on Vimeo.

Proto Type 80% from www.maisini.com on Vimeo.

Untitled from www.maisini.com on Vimeo.

It don't matter if you're black or white (Part 1).